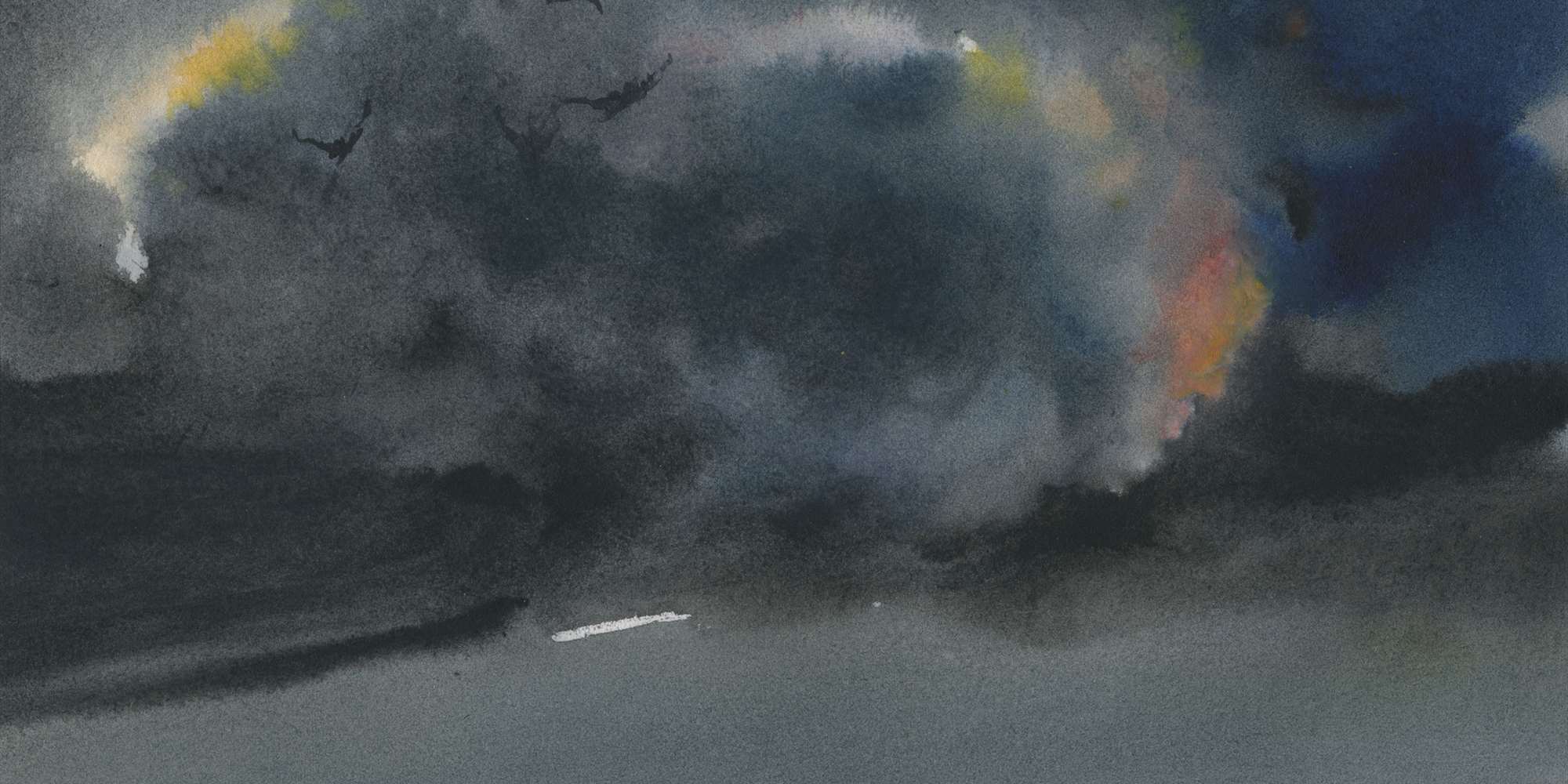 In Paul P.'s exhibition, the image of the bat presents a fitting motif for a world of oblique reasoning. Comte Robert de Montesquiou, who one could describe as sort of arch dandy, adopted the symbol of the bat as an allegory of his homosexual attitudes, the bird of the night that thrives in dark. Here painted within imaginary landscapes, Paul P. draws upon the symbolist poet de Montesquiou's use of the bat as an indirect mode of representation, suggesting a transference or desire unspoken, a magnetic attraction that is often assigned to art classified as homosexual in its thematics.

Such indirect modes of representation and oblique reasoning commune across much of the work presented in Paul P.'s exhibitionEarly Skirmishes at Hordaland Kunstsenter. In the trilogy of ink drawings Untitled (Spirit Guarding the Tomb) we are presented with a close-up portrait that suggests an invitation or seductive summons from an ethereal figure. The sculpture from which these images are derived, when seen in its entirety, presents a figure jealously guarding an urn at the entrance to a tomb, contorted in a way that distracts our gaze away from what is being protected.

These late 19th century references provide a metaphoric backdrop for Paul P.'s portrait work, which draws from more contemporary imagery; specifically, the era between two landmark periods for the queer movement, namely that of the beginning of queer liberation - marked by the uprising at Stonewall in 1969 - and the advent of the AIDS crisis that came to public attention in the early 1980's. The subjects we meet in the exhibition are sourced from the gay erotica of this period, often depicted in seeming states of ecstasy, be that induced by sexual exchange or through the influence of substance use. These ambiguous expressions advance their situation within a period of limbo, one between revolution and fear. This particular period was a hopeful one for a moment, shortly met with a contraction of liberties.

Paul P.'s paintings portal us to an era where queer figures were particularly subject to labels of criminality. Although a specific time period remains the primary archival source for these works, they suggest a recurrence of cultural tragedy, rather than posturing asmerits of progress, thus reminding us of the continued need for resistance.

Presented on a gently raised island-platform within the exhibition space is a triad of sculptures with the immediate suggestion of furniture pieces. Their slender, rakish frames function with a skewed intention and speak of an alternative purpose, forming an infrastructure that somehow mirrors the fragility of the subjects within the images displayed in the exhibition. This shift away from an explicit purpose expands into a spatial notion that functions allegorically, alongside characters with encoded inclinations.